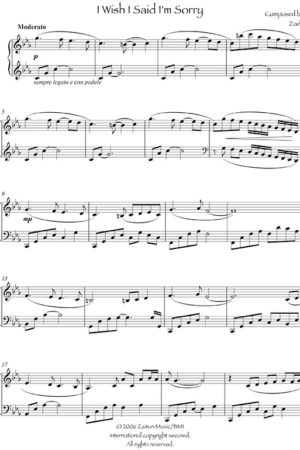 “Princess of the Night”, Zade’s latest release, brings him together in a duet with two pianos with Richard Clayderman, “the most successful pianist in the world” according to Guinness Book of World Records.

Described as a “Piano Prodigy” by People Magazine, and a “Gorgeous Pianist/Composer/Hunk,” by the Washington Post, pop pianist, and UNICEF Goodwill Ambassador Zade Dirani has released Billboard charting albums, and has performed in concert before tens of thousands around the world including Queen Elizabeth of England and the late Prince Philip Duke of Edinburgh, the late Nelson Mandela, former US first lady Laura Bush, King Abdullah and Queen Rania, Former Florida Governor Jeb Bush, Queen Noor, the late US statesman Colin Powell, Chris Rock, Romero Britto, among others. Distinctive appearances include performances at the Smithsonian National Museum of Natural History and the Library of Congress in Washington, DC, the UNESCO’s Headquarters in Paris, and the World Economic Forum. Zade has been featured on CNN, Fox News, The Los Angeles Times, The Washington Post, The Washington Times, The Houston Chronicles, The Associated Press, Reuters, and Skye News, among other international media outlets, and was mentored in Malibu by Grammy winning producer David Foster.

Zade started writing music at age fifteen, and saw his first concert of his own piano and orchestra songs come to life at the age of nineteen.

In 2006, Zade launched “The Zade Foundation” a nonprofit organization that offers educational scholarships to young musicians from different parts of the world. The foundation’s flagship program “The Roads to You Tour” brought together 35 musicians from 20 different countries. To date, the foundation presented more than 300 workshops and performances across the United States in an effort to bring world cultures closer together through music.

In 2008, Zade staged the epic event “One Night in Jordan: A Concert for Peace” where he brought together 100 musicians from around the world, including London’s Royal Philharmonic Orchestra and the London Voices Choir. The concert was presented at one of the world’s largest remaining Roman Amphitheatres built nearly 2,000 years ago. The concert was attended by more than 10,000 people and was broadcast in numerous countries including the United States on Public Television. The album debuted on the US Billboard at #2 on the New Age Chart, #5 on the Classical Crossover Chart, and #11 on the Overall Classical Chart. The DVD also debuted on Billboard’s Top DVD/Music Video Charts at #18.

In 2016, Zade was appointed UNICEF Goodwill Ambassador to advocate on behalf of the marginalized children of the world. In 2017, Zade recorded “Heartbeat” with then 10 year-old Ansam, an internally displaced girl in Syria who was born blind. The song was shot in an area of Syria heavily damaged by the fighting. It was utilized to raise awareness to the war in Syria as the conflict reached six years, and was shared worldwide on social media by other UNICEF Goodwill Ambassadors including Ricky Martin, Orlando Bloom, and Lionel Messi.

In 2018, With UNICEF, Zade launched “Musiqati”, the first music therapy program in the world designed specifically to support children in refugee camps.

In collaboration with UNICEF and featuring 11 year old Ansam.

View cart “I wish I said I am sorry” has been added to your cart.